Niall Ferguson Discusses Euro-Crisis, the Failure of the Euro, and the Chance of a Chinese Rescue. 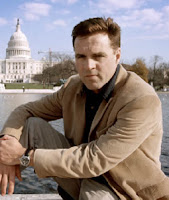 Niall Ferguson labels the Euro as a "terrible idea," but one which now has to be saved out of necessity.

In a recent CBC interview, Ferguson notes that the continent's leaders have a deplorable understanding of what is needed to fix the crisis, and that they have made far too many mistakes already to expect that much will come of their efforts this week. Also, he notes that since there is no formal procedure to dismantle the monetary union, there would be inevitable chaos should it unwind. Thus, Germany and France have largely been left holding the bag on the debts of Greece, Italy, Portugal, Spain, and Ireland... and maybe more to come.

He also says that he can imagine a situation where the Euro-Crisis becomes so bad that the United Kingdom, not a current member of the monetary union, could leave the EU altogether.

Some experts believe that China might come in to save the day, but Ferguson claims that the country is so risk-adverse and afraid of being embarrassed by failure, that they will act very lightly, if noticeably at all.
Posted by Matthew Clarke, BA (Hons.), B.Ed., MBA. at 2:41 PM