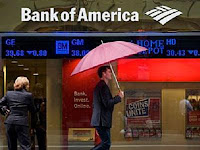 According to Canada's Globe and Mail:


"Warren Buffett will invest $5-billion (U.S.) in Bank of America (BAC), stepping in to shore up the company in the same way he helped prop up Goldman Sachs and General Electric during the financial crisis. Bank of America shares rose 12.3 per cent to $7.85 in early trading, erasing some part of the stock’s August losses. The jump also makes the warrants for Bank of America shares that Mr. Buffett gets in the deal instantly profitable."


"Mr. Buffett and Bank of America said he made an unsolicited call to the bank on Wednesday morning, offering to make an investment. Even though the bank has said it did not need to raise capital, investors widely believed Bank of America needed more money and to show it could raise funds easily." 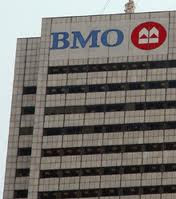 Aeropostale is seriously losing its edge in the promotional business. Competition in the teen apparel industry is increasingly fierce and margins are under intense pressure as Abercrombie & Fitch and American Eagle Outfitters, among others, are embracing discounts and offering more clearance and promotional sales. In addition, cotton prices have rocketed upwards during recent years, and have only now started to show some signs of subsiding.

The stock has fallen below $12 per share recently and investors are anxiously awaiting its next earnings and sales numbers, as last quarter's were atrocious, with both margins and sales tumbling by double digits. So why would any investor still consider owning the company? They have piles of cash still left on their balance sheet, and have no long-term debt whatsoever. Why is no-debt significant? Because when the company makes a dollar in earnings, all of that earnings can be designated towards something that actually improves shareholder value, such as: share-buybacks, capital expenditures, expansion, or dividends to shareholders. In other words, the shareholders actually own the whole company, unlike many businesses, which are owned by shareholders and a conglomeration of banks and creditors. 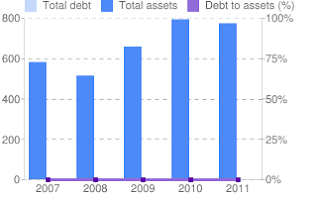 Financially, the company is healthy, and they are still making a decent profit, so if next quarter's numbers reveal a bump up or stabilization of sales and revenues, this stock will be cheap, very cheap. But until then, fashion is a horribly fickle business and notoriously difficult for the Intelligent Investor to predict. The proof for this company will be in the sales data.
Posted by Matthew Clarke, BA (Hons.), B.Ed., MBA. at 10:47 AM No comments: 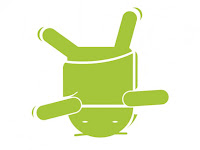 In a much better attempt to compete with its rivals, Research in Motion (TSE: RIM) is releasing three new touch screen enabled phones. The biggest development is their decision to release a phone with no QWERTY keyboard at all, which looks more like many Android models. All of the new phones will run on RIM's new BlackBerry 7 operating system, and have faster processors than their predecessors.

The BlackBerry 7 OS will offer better web browsing and approximately 40 percent better performance than BlackBerry 6. The new system will surely be powerful, but investors are still waiting on the release of the QNX operating system, which should be on RIM's next models to mesh better with the user experience of the PlayBook.
The specifications for the new models are detailed below. The new Torch 9850 will be the new game changer for RIM, and should receive some initial success, and give the company and its investors some time before the release of their QNX phones. 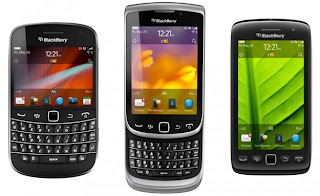 
Importantly, the company is releasing their phones simultaneously throughout their developing markets and North America, which should lend them a sales increase and an influx of cash for new research and development. Overall, the release looks promising and investors should now wait a couple of quarters to see how earnings, and free cash flow, come in the door.
Happy Investing : )
Posted by Matthew Clarke, BA (Hons.), B.Ed., MBA. at 11:57 AM No comments:

Behavioural Psychology and Investing: Be Aware of Investor and Stock Market Expectations.

Behavioural Psychology and Investing: In his book “The General Theory of Employment” renowned economist John Maynard Keynes devoted a wonderful chapter to investor expectations. In the book he notes that investors are generally concerned “not with making superior long-term forecasts of the possible yield of an investment over its whole life, but with foreseeing changes in the conventional basis of valuation a short time ahead of the general public.” The basic premise of his theory is that in determining the value of an investment, a lot of fundamental and intrinsic value analysis can be a waste of time when all that really matters is what other people, on average, will think that the stock is worth over the next few months or years.

Of course, if you were buying the whole company, the most important thing to you is going to be earnings, and future earnings, because that is the money that you will put in your pocket. As a short- term investor, however, you only want to know what other people might pay for your stock over the next little while. In this case, the emotion of the investing public plays a crucial and pivotal role. Investors like Keynes have been highly successful at times by trying to predict the emotions of the general public and how this will affect the price of securities.

One very simple, but sometimes very effective strategy is to always buy your stocks on pessimism and sell into positivity. Remember, if everyone is already positive on a stock that means that there might be very few new buyers. If people are largely negative, a shift in company news or opinion could result in a stream of new buyers. Also, if you own a company whose shareholders have high expectations, be careful at the first sign of bad news... it could mean a stream of new sellers. As Warren Buffett always says “Be greedy when others are fearful, and fearful when others are greedy.”