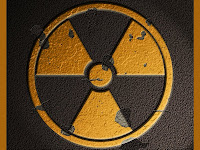 The Conservative government's privatization program has begun with the sale of Atomic Energy of Canada Ltd. (AECL). Soon the Harper government will be announcing that Canadian owned SNC-Lavalin (TSE: SNC) will be the buyer of the country's nuclear assets.

Long an albatross for the Canadian taxpayer, AECL has cost billions of dollars in subsidies to remain afloat as contracts for the sale of its equipment have not come in nearly high enough to cover the organization`s huge costs for research, development, and maintenance. It experienced massive cost over-runs on most of its projects and in the last two years alone has milked the taxpayer to the tune of $493 million.

Sadly, under the terms of the deal, Canadians will be on the hook for any cost over-runs that are experienced at projects that are currently under development. These would be projects in New Brunswick, South Korea, and the renovations at Chalk River.

Of course, many industry observers are wondering whether or not SNC-Lavalin, as a shareholder owned private corporation, will be able to maintain the existing fleet of CANDU reactors, and whether they will be able to conduct enough research to compete with the global leaders in nuclear energy, like General-Electric. The short answer... of course not. Under government watch, the program soaked up tax dollars to remain afloat, under SNC-Lavalin's watch, costs will have to be slashed if it ever hopes to make the unit profitable. How can they slash costs? Reduce maintenance, begin layoffs, and slash R&D!

To be sure, this is probably the slow end to AECL and Canada's experiment in the nuclear energy business. Good news for any hope to get this deficit under control.