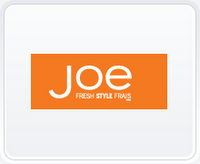 Loblaws (TSE:L) announced that it is opening four Joe Fresh branded stores in the United States. Joseph Mimran, the brand's founder, declared that many Americans have been requesting the introduction of the clothing line into the United States and thinks it will be a success. The flagship store will be located on Fifth Avenue in Manhattan, adjacent to the New York Public Library.

Historically, Canadian firms are very hesitant to expand into the United States, where competition is steep and competitors are well-heeled and have deep pockets. Loblaws has attempted to expand into the northern United States before, but retreated in the late eighties and early nineties after they decided to focus on expanding and perfecting their Canadian operations. This turned out to be a very wise move, as Wal-Mart and others entered the American market en-masse and brought profit margins tumbling down in the grocery sector. This time, however, Loblaws is entering on a very small scale and in an industry with much higher profit margins than the grocery sector.

Undoubtedly, the rationale for expanding the Joe Fresh line into the United States has less to do with generating a profit on the U.S. stores than it does with simply exposing the brand and Loblaws to an extensive amount of publicity from more fashion conscious consumers. The company has declared that it wants to achieve 1 billion dollars in annual sales soon, and it now appears that it is bent on achieving that goal.

In reality, few Canadian merchants have ever had any success in the United States. Lululemon (TSE:LLL) has had some, as has Tim Horton's (TSE:THI) now, but Canadian Tire (TSE:CTC.A) tried and failed miserably, as have countless others. Loblaws' decision to enter the market again will bring some bad news in the future as sales at the American Joe Fresh stores are probably not what is expected, but the recognition and marketing advantages that they gain from having a store on Fifth Avenue will bode very well for the clothing line and its status in its customer's eyes. As an investment, however, be careful of Loblaws. Debt levels are creeping higher, and many stores are disorganized and under-staffed, which will make competition with Metro (TSE:MRU.A), Sobeys (TSE:EMP.A), and Wal-Mart (NYSE:WMT) more difficult as time goes on.

For some more information on this news:
http://www.thestar.com/business/companies/article/943842--canadian-retailers-go-global