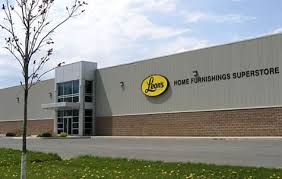 The takeover of The Brick Ltd (TSE: BRK) is almost complete as the Leon's Furniture corporation (TSE: LNF) received a "no-action" letter from the Competition Commissioner in Canada. This means that the retail operations of both companies will be able to consolidate, and profit from any associated synergies, without have to sell any stores or significantly alter their businesses.

The Brick's shareholders are going to receive $5.40 per common share from Leon's, and the deal is expected to be completed by the 28th of March, 2013.

Currently, Leon's has 73 stores, and The Brick has 230. Combined, they should be able to share warehousing and distribution, and head office and administrative employees, which should reduce costs, as well as increase their overall buying power with their suppliers. Increased buying power can result in lower per unit costs for retailers, and either lower prices for customers or higher profit margins for the stores.

Are other Canadian retailers ripe for more activity down the road?

Sears Canada has long been struggling to survive under the rule of its American parent (Sears Holdings (Nasdaq: SHLD), but their days seem to be numbered as profits and sales continue to fall. Also, the newly re-listed Hudson's Bay Company (TSE: HBC), despite recent re-branding efforts and an apparent reversal of fortune, will continue to be pressured to release even more of its valuable real estate holdings into the marketplace.

Continue to keep an eye on both going forward.