Research in Motion Layoffs. RIM Laying-Off 2000 Employees to Save Costs. Number in Canada not Announced. 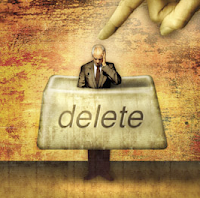 Canada's Research in Motion (TSE: RIM) will be laying off 2000 employees in order to save costs. This represents more than 10 percent of the company's workforce, and is more lay-offs than many analysts had previously expected. Some think that this might mean that the situation at the company is worse than expected, but others maintain that it is just an important part of their restructuring efforts to increase corporate profits.

According to RIM, the reduction is: "a prudent and necessary step for the long term success of the company and it follows an extended period of rapid growth within the company whereby the work force had nearly quadrupled in the last five years alone.”

RIM has not announced where the lay-offs will take place, but if the company hopes to save any substantial amounts of money, they will probably be from North America. More information on the cuts will be announced on September 15th, and chief financial officer Brian Bidulka will oversee the cost-cutting program.


The major worry with the investment community is that these lay-offs may not be focusing much on the future, but on quickly shaving costs for short-term gains in profits. However, it is important that the company is moving quickly and indicating to the public markets that it is actively looking after shareholder resources. A major danger, however, is that human capital is crucial in the technology industry, and having your employees move elsewhere means that they can take their valuable ideas and intellectual capital with them.
Happy Investing : )
Posted by Matthew Clarke, BA (Hons.), B.Ed., MBA. at 9:45 AM